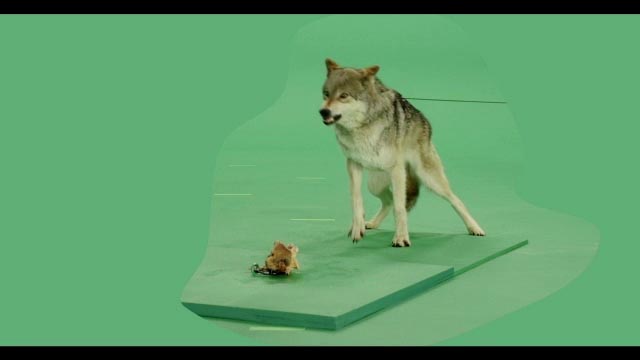 FOOTAGE OF A WOLF SNARLING FACING FORWARD ON A GREEN SCREEN.

Wolf is the largest extant member of the family Canidae, alongside foxes, and coyotes. Wolves belong to the genus Canis. They are 3 wolf species: Gray Wolf, Eastern Wolf, and Red Wolf, those 3 species include more than 30 subspecies.

Wolves -especially the grey wolf- probably first appeared in Eurasia sometime in the early Pleistocene period, about 1 million years ago. And it’s thought to have migrated to North America, around 750,000 years ago.

Currently, they live in North America, Europe, Alaska, and Asia. They generally live in deserts, grasslands, forests, and everything in between.

The size of a wolf depends on where the wolf lives. Northern wolves are usually larger than those who live in the south.

As mentioned above, the wolves from the north are the largest. Especially the Northwestern wolf (Canis lupus occidentalis) is the largest wolf with an average male weighing 137 lbs (62 kg) for males, and 101 lbs (45 kg) for females.

A grey wolf snarling face forward. You can use this clip as a simulation of nature and wildlife. The wolf footage was shot using a green background in our GreenScreen Animals studios, with a high-end RED camera. The clip is ready for production purposes and comes with prep-ready resolutions: 1080, 2K, 3K, and 4K. 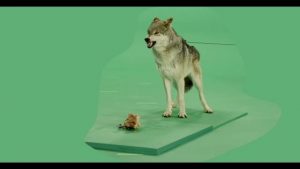 If you’re looking for similar wolf green footage, take a look at these: 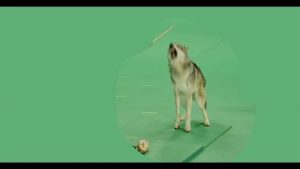 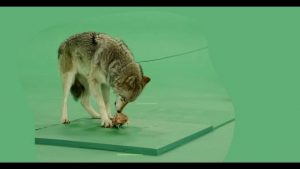 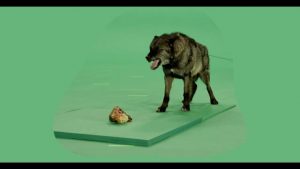 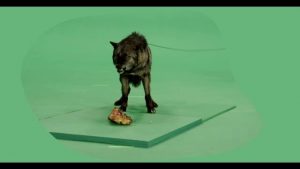 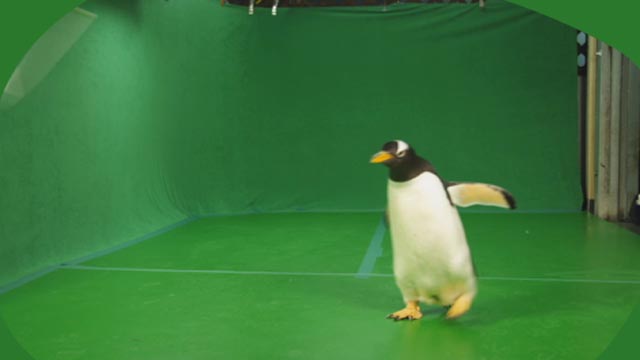 FOOTAGE OF A PENGUIN WALKING FORWARD ON A GREEN SCREEN.

Penguins are non-flying birds with different 18 species. Each one of these species belongs to one of six genera (the plural of …

END_OF_DOCUMENT_TOKEN_TO_BE_REPLACED FOOTAGE OF A HORSE LOOKING FORWARD ON A GREEN SCREEN.

Horses are domesticated mammals that belong to the Equidae family. They are part of the Equus genus, which includes also zebras and …

END_OF_DOCUMENT_TOKEN_TO_BE_REPLACED FOOTAGE OF ARMADILLO ENTERING TOP RIGHT AND CROSSING LEFT THEN RUNNING CENTER ON A GREEN SCREEN.

Armadillos are placental mammals in the order Cingulata, with 2 surviving families the Chlamyphoridae and Dasypodidae. Armadillos have more than 20 species, …